Long title.  Anyways, last weekend (or was it two weeks ago... o.O) my family and I decided to play an old 90s (I think) game called "Anybody's Guess". Since everyone knows that I'm the ABBA girl of the family, I was asked to figure out the next question.  I had a feeling that it had something to do with ABBA, but the fact that it was under the category "Rock Group" really threw me off.  So because of that, I am here to bash it.  Most ABBA fans won't act this way about calling ABBA a Rock Group which they are not, but I'm a very "be true to your music group" kind of person, as well as a perfectionist, so I insist that ABBA be called a Pop Group which they are, not a Rock Group.  A Rock Group is something like the Beatles where there is a lot of guitars and stuff like that.  ABBA is not like that.  Okay, that's enough bashing.  ;)

And now for drawing.  :P

And now for the

I don't think I've been this proud before... 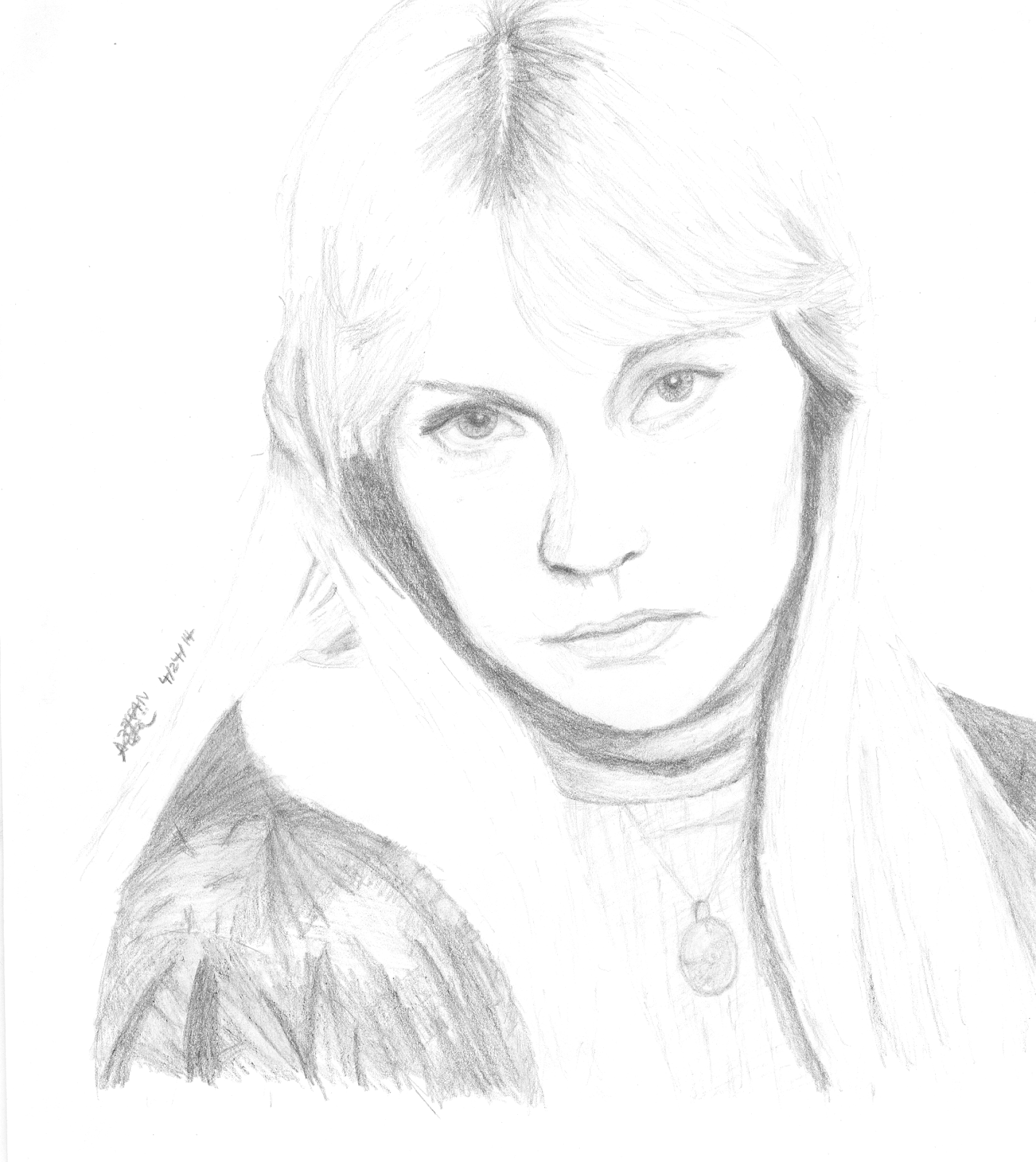 I drew this completely with my trusty old black color pencil.  Oh yeah, and my eraser.  :P  I think I have officially taught myself how to shade.  Beautiful, no? :P  I love the way the eyes came out.  And the hair!  And the jacket!  And the shirt!  And the everything!  I AM SO PROUD!!!!
Posted by ABBAFan456