I think it's time I finally speak out about this.  I have encountered a lot of rude ABBA fans.  I don't mean rude like where they insult other ABBA fans and disparage them for their views, I mean where they don't have the decency to give credit.  Basically their view is that anything on the internet is free and they can take it.

I post a lot of pictures on both this blog and my ABBA blog on tumblr, ABBA4teens, and specific users on Instagram, who I will not be naming because I don't want to embarrass them, keep on taking my pictures and slapping their own watermarks on them, and they don't even think of saying where they got their pictures from!  They do it between their friends, like one user gave another one a picture, so they thank their friend in the description box of the picture.  If they can credit their friend, why can't they credit me???  And about watermarks, they slap them on any picture and they don't seem to care, but when I did it to get them to stop taking my pictures without credit, they complain.  Seriously?  I'm doing the exact same thing that they're doing, what's wrong with it?

So, I made a video called "ABBA performing ABBA after ABBA" where I compiled footage of the ABBA members performing ABBA songs after ABBA.  Yes, I took videos from other YouTube channels, BUT I gave credit!  I put credits and the end of the video from where I got all the other videos from!  I put a lot of time and effort into this video and people liked it.  I'm very proud of it, you see. :)  Very recently, a YouTube channel who I've admired and respected since my early days as an ABBA fan, took my video and reposted it to their own channel.  I would've been honored, except that they didn't give credit.  They even split my video into multiple clips and uploaded them all individually!  They could've easily put a "Original video from ABBAFan456" in the description box, but they didn't, and I am sooo mad.  Today on Instagram, one of the users who frequently takes my pictures put up one of the clips that this YouTube user put up of my video, and the Instagram user didn't even say where they got the video from!  Why is it that nobody can give credit?

I'm beginning to wonder if I should continue to put up videos on YouTube anymore if they're just going to get stolen by others who will claim it as their own.  Who know, they might start taking my drawings that I put so much effort into and slap their own watermarks over them.  I've wanted to call out all these people for stealing my stuff, but some of these users are very nice people and have been nice to me, and I don't know how to say my concerns without sounding rude.  So hopefully if they're reading this post, maybe they'll understand.

Sorry about the rant, I just really needed to get this out. 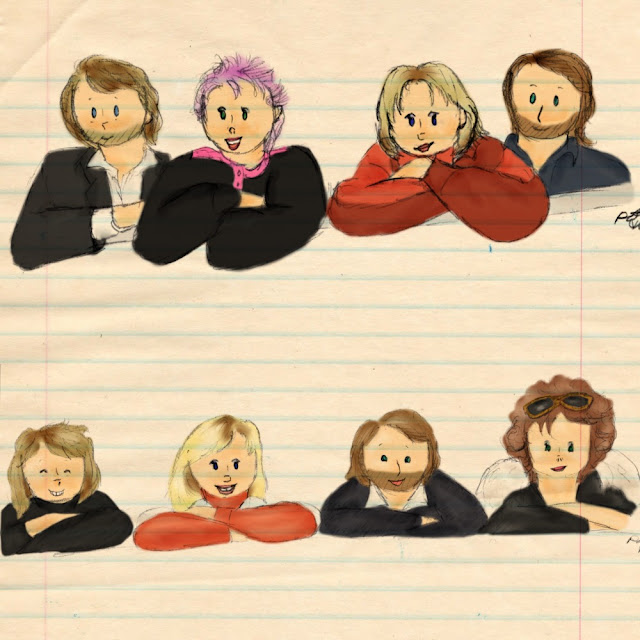 Email ThisBlogThis!Share to TwitterShare to FacebookShare to Pinterest
Labels: ABBA, Drawings, The Story of ABBA

The Girls with(out) the Golden Hair 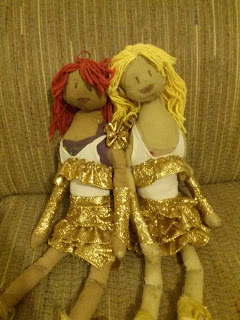 I finished making the Girl with the Golden Hair costumes for my dolls!  You can see a detailed post about it on Sew Amazing. :)
Posted by ABBAFan456 No comments: Links to this post

Email ThisBlogThis!Share to TwitterShare to FacebookShare to Pinterest
Labels: Agnetha Dollskog, Anni-Frid Dollstad, Dolls, The Girl With The Golden Hair 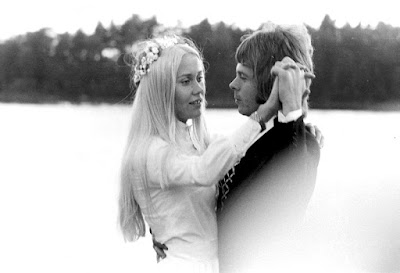 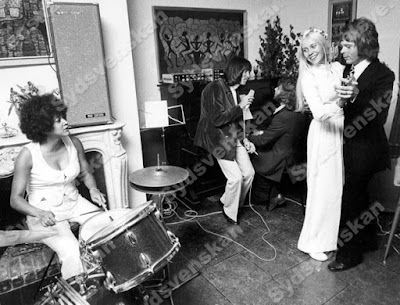 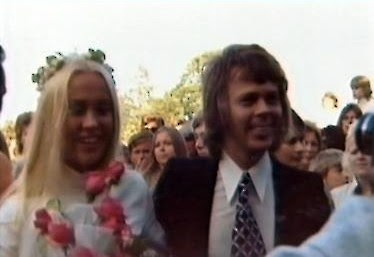 I just wanted to wish all my fellow Americans a happy Independence day!  :D
Posted by ABBAFan456 No comments: Links to this post

A nice rare (or at least it's rare to me since I've never seen it before) video of Frida singing Threnody.  :)