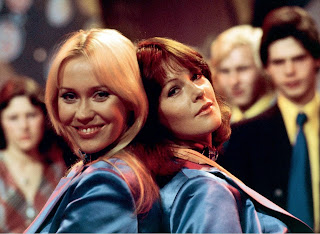 On my YouTube channel, I've been posting videos about my favorite (insert ABBA member here) vocals/songs and from the different eras, like post-ABBA, pre-ABBA, during ABBA, etc.  In the videos, I highlight some of my favorite songs and vocal, and I post separate videos, one per member.  One week I post a video on Frida's vocals, and the next I do one on Agnetha's, but I never do it to try and compare the ABBA members in any way.

I get a lot of comments on my videos, and I can't help but notice that a lot of the comments try to compare Agnetha and Frida, and mention how one is better than the other.  If the comments were just comparing their vocal styles, the difference in their sound, I don't mind.  But it shouldn't be that one sings better than the other.  Agnetha and Frida are two very unique human beings with different voices and singing styles, of course they sound different.

Here is a comment I received a bit ago on one of my videos.  The first part of it is okay, as the commenter is stating their opinion, that they've noticed about the difference in their voices.

What I'm confused by however is the last part of the comment.  Comparing the differences between their vocals is fine, but how does that apply to their appearances, to who looks better than the other?  Comparing two beautiful women to each other, trying to pit one against the other, and say that one is more beautiful than the other, doesn't seem right.

If someone personally prefers Agnetha over Frida, that's one's personal opinion.  I personally don't have a favorite member, I love them all the same, but if someone has a favorite member, that's fine.  And if someone personally likes the way Agnetha looks more than Frida, or the way Frida looks more than Agnetha, I guess that's okay as well.  But that doesn't make it fine to say that "Agnetha was always the better looking one". Someone's opinion doesn't make it a fact that Agnetha is "better looking" than Frida.  That's just ridiculous.

Email ThisBlogThis!Share to TwitterShare to FacebookShare to Pinterest
Labels: ABBAFan456, My Opinion, Random 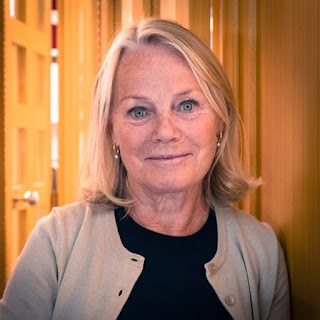 Happy birthday to the amazing, lovely, and kind Gorel Hanser. :)  I'm so glad I was able to have the opportunity to speak to her a couple of times.  She so helpful and does so much for the ABBA fan community.  We love you Gorel! Happy birthday!
Posted by ABBAFan456 No comments: Links to this post 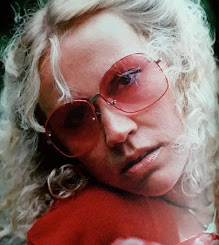