How is Bjorn's name pronounced?

I was just wondering, how is Bjorn's name pronounced?

I know that some people (Praticuarilly the British people) like saying his name is Born.  (They also seem to mix up which one is Benny and which one is Bjorn...)

I have a friend who once told me that his name is pronounced with a very short O, sort of like this:  Bjirn.

Another friend of mine pronounces his name as Bay-orn.


I'm just going to pronounce his name the way its spelled: Bjorn.  And something that everyone should remember is that the Swedish people pronounce their Js as Ys.  (That's why people like saying that Swedish people say "Yah" a lot, when they're just saying "Yes" in Swedish, which is "Ja".)
Posted by ABBAFan456


<--- Video of Frida singing Happy Birthday from a TV show.
Posted by ABBAFan456

Wedding today, all the people running wild to see Anna go down the aisle...  (Did I even get the words right?)

Congratulations Anna Ulvaeus!  Today she got married in Crete to Calle Hydbom!  Yay!

I just uploaded S.O.S!  You can watch it on the playlist of my animations above.  Unfortunately, the playlist is having a glitch where it keeps on showing "Money X3" at the front.  :P  The next animation I'm going to make is a surprise, but I'm going to put up a pole so you can guess what the surprise animation will be.  One hint is that its from the Super Trouper album.  :) 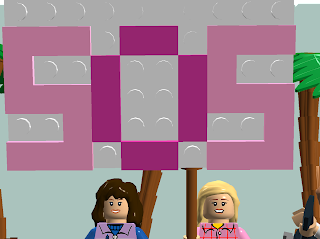 My animation is taking longer than I expected...  My LDD got a new patch and now when you take pictures with it, you have to save things manually.  :(  I wish I had the older version of LDD, but the new patch has more pieces that would be great for more animations.

I've decided to make a folder of pictures for my animations, and I will number them so that they'll be in order.  :P

FOUND - My First ABBA Animation EVER

I just found it - my original People Need Love animation!  It's extremely slow and repetitive, but it's fine with me!  I have no idea what costumes I was trying to give them, but that doesn't matter.


My other People Need Love animation is still better, so here it is!  :)

Even though I haven't completed my S.O.S animation, I decided to post some pictures of what I have so far. :)  My animations are extremely hard to make.  What I do is I build models on Lego Digital Designer, import my ABBA mini-figures, change their outfits around so that they will look nice for the animation, import objects like pianos and guitars, and then I'm ready for animating.  I animate them by moving one limb a little bit, take a picture, move the limb a little bit more, take a picture, and so on.  It's very hard to do because sometimes the scene moves and I have to put it back in the right place.  When I finish S.O.S, you'll see what happens when the camera moves.  :P

Anyway, here are the pictures I took!  When I finish S.O.S, you'll see what parts of the animation these images are from.  :) 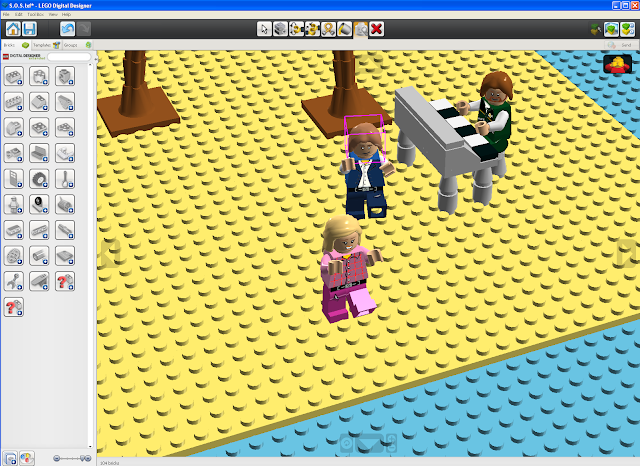 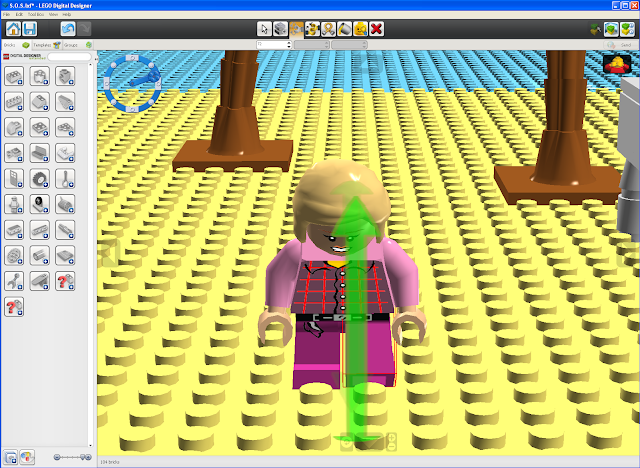 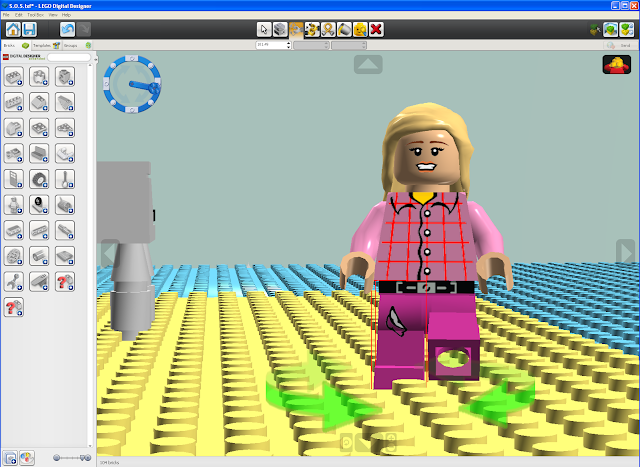 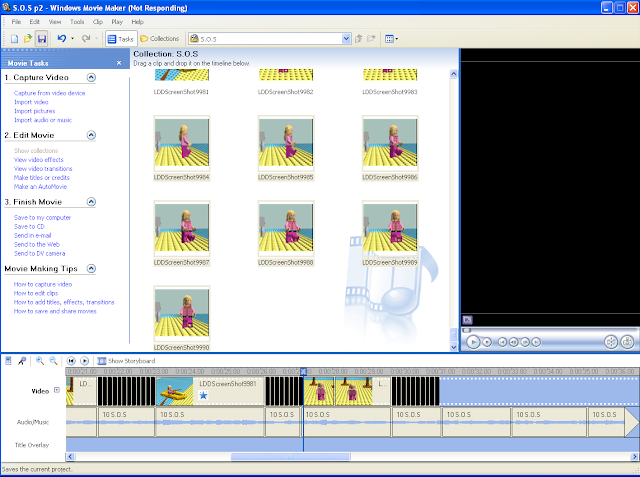 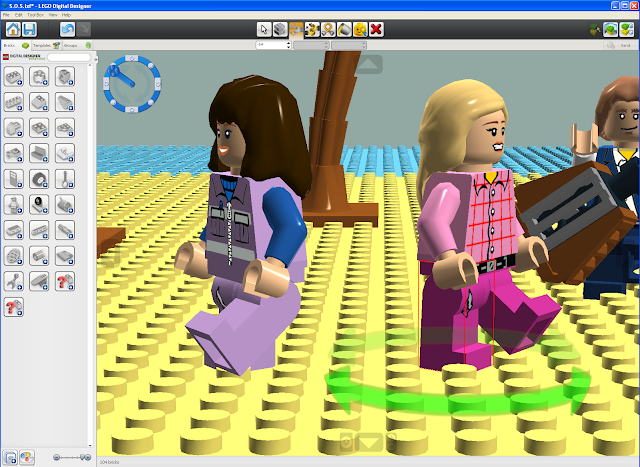 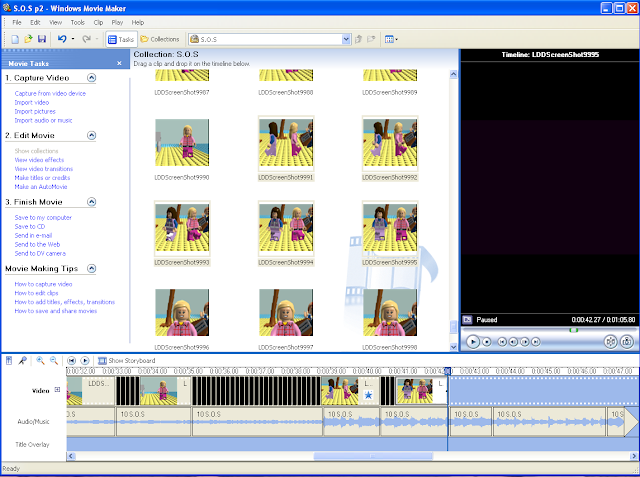 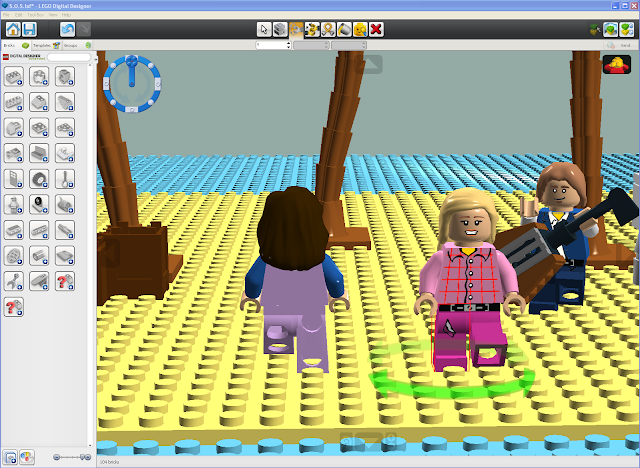 I forgot to post about it, but the Essential Collection was released on September 3rd.  Hooray!

Well, something looks a little strange about Bjorn, Frida's cheeks look funny, Benny looks a little too heavy, and Agnetha's eyes are the wrong shape.  (I do a lot of studying on them for my artwork.)  Besides, that, they look great, and I can't wait to see them in color!

Read more about it here!

1979 Concert - When Did Bjorn Wear That Jacket?

Here is a picture of Bjorn from ABBA's 1979 Tour.   Um, where did he get that jacket from?  Did he steal it from one of the other musicians?  :P 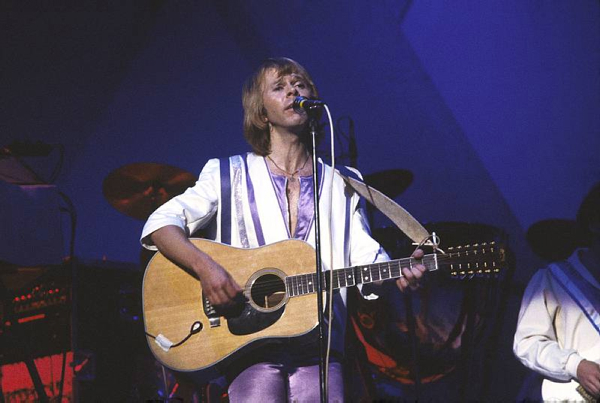 Hooray!  Benny's back in the show business!   The musical is by Benny Andersson, Kristina Lugn and Lars Rudolfsson and it will be produced at Orion Theatre in Stockholm. Febuary 8th, 2013 will be the premier.  I wonder why Bjorn isn't doing anything...  Maybe he's just not in the mood for anymore musicals....

"The story revolves around two middle-aged farmers who are brothers. According to a press release as they wrestle "with existential issues and the more down to earth questions of housework."  Thanks to the  local press they receive the help of a mother, her daughter and a goat. But then everything goes haywire.

The cast is famous names as Johan Ulveson, Sofia Pekkari, Magnus Roos Mann and Suzanne Berdino. Also involved a number of animals on stage, including two cows. Lars Rudolfsson, which is Orion Theatre's founder and artistic director, is the director.
Next year is the 30th anniversary Orion Theatre which opened in Stockholm on Södermalm. "
- Mikory's ABBA Blog

My favorite Agnetha songs from After ABBA

Here are my favorite Agnetha songs from her Solo Career after ABBA: From Agnetha's first After ABBA album, Wrap Your Arms Around Me, my favorite song is "Shame".  I like it mostly because when I first made my Agnetha Dollskog Doll, I made her walk up to everyone and say this sentence:  "Shame on you!"  I even made her say that to the other ABBA dolls when they were made - I also made her say "He's smiling at me!" when Bjorn Uldollus had his face drawn in.

My next favorite song is "One Way Love", a track from her Eyes of a Woman album.  I don't know why I like it, it just sounds nice.  :P My next favorite is "Maybe It Was Magic" from Agnetha's third album, I Stand Alone.  I like the song because (I think) Agnetha wrote it and because it sounds nice.  I happen to really like many of the songs Agnetha wrote by herself, like "Disillusion" - even though Bjorn did help with the English lyrics.  I guess that means that I should like "Mina ögon" (The Swedish Version of Disillusion) better because that one she wrote all by herself.

<--  What's wrong with her haircut?  I think I read that her hair dressers gave her a make over just for that picture.  Poor Agnetha.  :( She never got her hair back.

I really like those songs, but my favorite Agnetha song of all time is "Drom Ar Drom Och Saga ".  :)

Here are some pictures of my ABBA dolls.  I hope you like them! :) 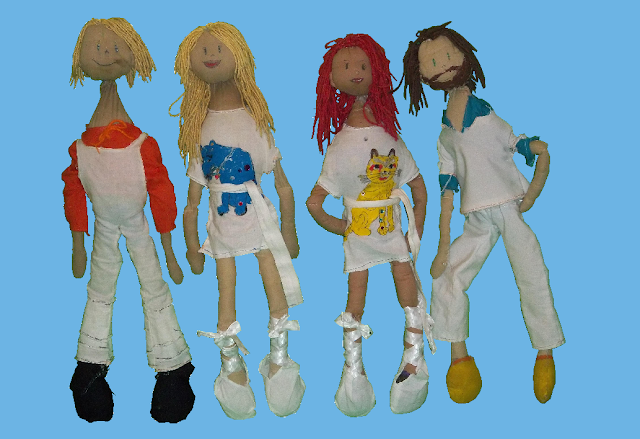 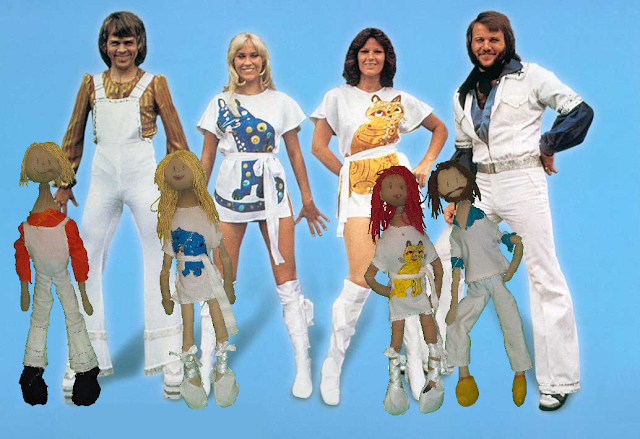 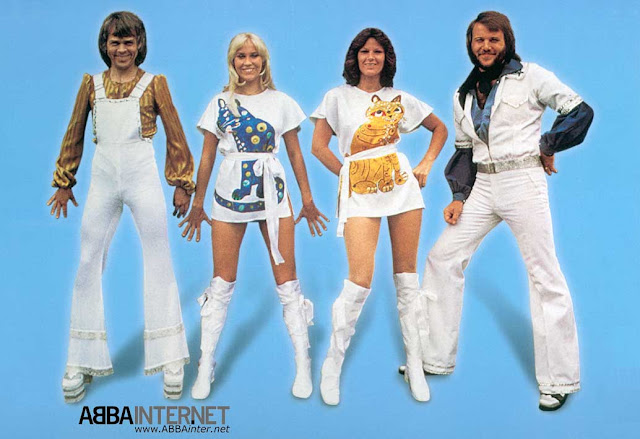 The original picture.  :)
Posted by ABBAFan456

I was just wondering...

I was just wondering who sings the song "På söndag" with Agnetha and Peter in their children's album.  The mysterious person is heard in the part when Peter sings about balloons and ice cream (You probably don't really know what I'm talking about because the song and album are in Swedish...) and is also heard singing the words På söndag with Agnetha and Peter at the end of the song.

Is it Micheal B. Tretow, ABBA's sound engineer?  I know he produced the album with Agnetha, so that could be it...  The person can also be heard in the song "Smurferifabriken", another song from Agnetha and Peter's album.  I don't really know what this song is about...  :P

Here is the video from the Wea Road Show.  I'm not really sure if it was fake or the guy - Peter the Producer??? - was really trying to interview Agnetha, but she didn't want to.

I'm sorry that the video quality is so bad...
Posted by ABBAFan456

What would happen if Agnetha and Frida were switched?  :) The image is from Mikory's ABBA Blog, a nice ABBA blog.  :)

Another nice ABBA site is ABBA Plaza.
Posted by ABBAFan456 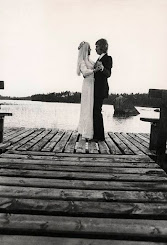