Review: Story of a Heart

As I mentioned in my previous post, one of the many gifts that I got from my best friend Eleonore when she came was Benny's album Story of a Heart.  I've enjoyed the album so much (I've listened to it over 5 times now.... I'm even listening to it now.) that I figured it'd be fun to do a review on it. :)

Track 1, "Glasgow Boogie" is such a fun and uplifting song.  It has to be one of my favorite tracks on the album.  The instruments on this track are so cool and it does sound very Scottish. :)

"Trolska" is the next track on the album.  It reminds me of the type of music my grandparents would listen to.  It's kind of slow compared to "Glasgow Boogie" but still very happy.  It's very calming, I must say.

The next track is "Story of a Heart", another one of my favorites.  Helen Sjoholm's voice is so pleasant (I have no idea why I didn't like it when I was younger????  Proof that I'm a crazy person.)  I've loved this song for a while now since I heard it on a video about Agnetha on YouTube.

Next is "Bed of Roses".  This song also reminds me of something that my grandparents would listen to.  Very slow and pleasant sounding.  Very 1930s sounding, or 50s.  I dunno.  It does speed up a little, though.  Usually I don't like slow songs because they make me feel slow (don't ask), but this song is so sweet, even romantic sounding! :D

"You Are My Man" is such a sweet song!  I'd heard it in Swedish before when I was watching BAO videos a while back and really liked it.  I also had completely forgotten that there was an English version, so when I listened to this album the first time, I was like "I LOVE THIS SONG SO MUCH!!"

For some reason "Cirkus Finemang" always makes me laugh.  I don't know why.  It's very circus-y (probably why it's called "Cirkus Finemang") and makes me want to go to a circus very badly.  Again this also sounds like something my grandparents would listen to.  I wouldn't say the song is fast, nor would I say it's slow.  Aha, the best way to describe it is that it sounds like the type of music that would play on a Merry-Go-Round, or in a marching band.  Circus-y. :) 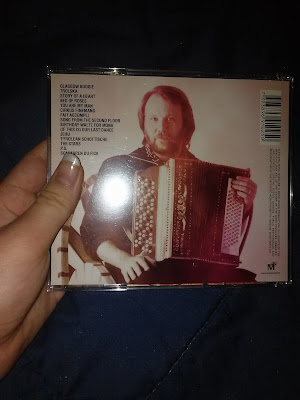 Would you believe, I'd never heard of the term "Fait Accompli" before?  I thought the song was going to be in a different language and was surprised to hear that it was English.  The song sounds very much like an ABBA song to me, but I can't picture it in Agnetha and Frida's voices.  It suits Tommy Korberg's voice very well.

"Song from the Second Floor" is a slow song.  But that doesn't mean I don't like it.  It's very gloomy sounding, but it's still very pretty.

It's that song that plays in the intro to Mono Music's website! :D  I've had a love for "Birthday Waltz for Mona" ever since I first went to the website.  Also the fact that Benny wrote it for Mona for her birthday is super sweet!!

"(If This Is) Our Last Dance" is such a sweet song.  It's very Jazzy and even though I don't personally like Jazz that much, it's really nice.  Also, are they speaking Swedish in the background at one point?  (Yeah, they most like are.)

"Jehu" is a very fun-sounding song.  I particularly like the instruments in this one.  :D

I'm really liking "The Stars".  It's such a sweet duet between Helen and Tommy and it has to be on my top favorites list.  This one's also very Jazzy.

"P.S" is super short but absolutely beautiful!  I have quite the appreciation for violin and this one really makes me happy.  It also sounds like something out o a medieval thingy.  Very pretty. And then the last track is "Story of a Heart" in Swedish.  I feel like this one didn't fit together as well as the English one, like the words don't really fit or something, but it's still just as nice as the English version.  I really like Swedish songs, so yeah, I like this one a lot.

As you can tell, I love this album a lot and I'd literally give it a 5 star rating!  Thanks again to Eleonore for getting it for me!  I LOVE IT SO MUCH!!  (And now I'm listening to the album again.)
Posted by ABBAFan456 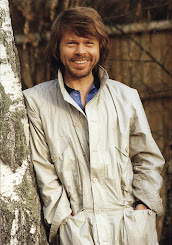