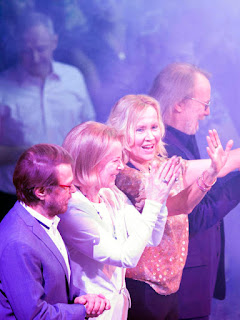 Yesterday wasn't just the 7 year anniversary of my Agnetha doll (still can't get over that, haha!), but it also marks 2 years since all 4 ABBA members were seen standing together for the first time in 30 years!  I still can't believe that they were all present at the opening of Mamma Mia! the Party, and when they all got up and stood next to each other, I started freaking out.  If I remember correctly, I had been working on a sewing project at the time I found out, and as soon as I saw the pictures I immediately had to tell everyone I knew that it happened!  I honestly never expected it to happen, that Agnetha, Bjorn, Benny, and Frida would all be seen together publicly and standing next to each other (unlike the Mamma Mia premiere in 2008 where they were not standing close at all!)  And then it happened again at Bjorn and Benny's party later that year!

Now even though I am not a big fan of Mamma Mia at all and think there's no need for a second movie, I'm hoping that the premiere will bring us another "reunion" where the ABBA members will stand next to each other and interact like they did in 2016.  That would be a dream come true. :D 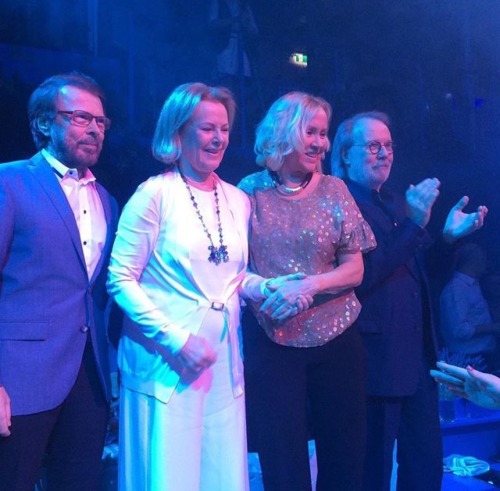