Bitstrips Has Gone Mad + The End of My Comics

I had just went to the Bitstrips website and decided to make another comic.  You did see the comic I have made in the past and uploaded.  So, I decided to make some new outfits and I noticed some new hats.  I got all excited and then I put my Agnetha character onto the strip.  I noticed that her face looked a little different.  The eyeshadow I made was out of place.  Also, her eyelashes became extremely thick.

Now, I can't even give my characters dresses anymore!  It's terrible!

Here is a picture of what my characters look like before and after.

(Look at the faces.) 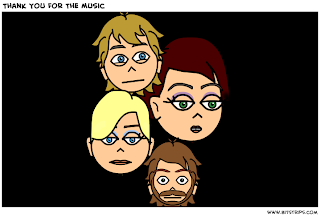 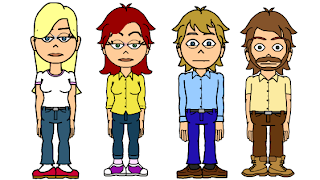 I'm afraid this is going to be the end of all my comics.  I'll still be active with my drawings, my dolls, and I might start drawing comics by hand.